Written by Yevheniia
Updated over a week ago

Let’s learn more about Mild Issues in money amounts that Loio detects and suggests fixing in your contract:

Numbers not stated in words

Loio checks if each money amount is spelled in both words and figures (e.g. "$2,000" and "two thousand dollars") and points if any of the two forms are missing in your contract.

Thousands not separated by a comma

When indicating amounts in numerics, thousands should always be separated by commas.

No space between currency code and amount

With Loio, you can automatically fix all Mild Issues in Money. To do so, choose the needed match and click on the blue button with the correct version that Loio suggests as a fix. 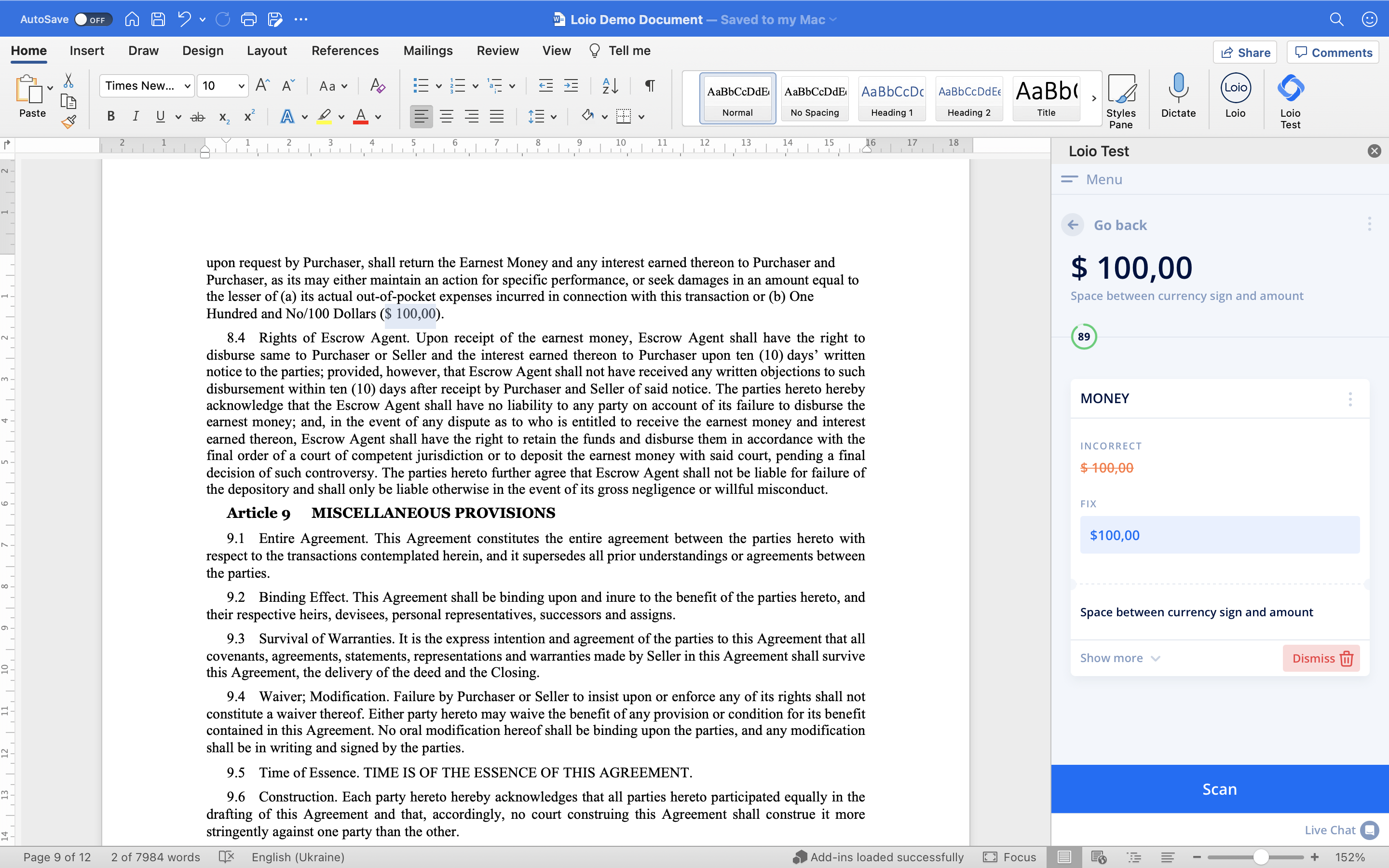 If you think that the issue is irrelevant for you, click Dismiss.

We hope that Loio’s Mild Issues tab will help you avoid awkward typos in money matters.

Did this answer your question?